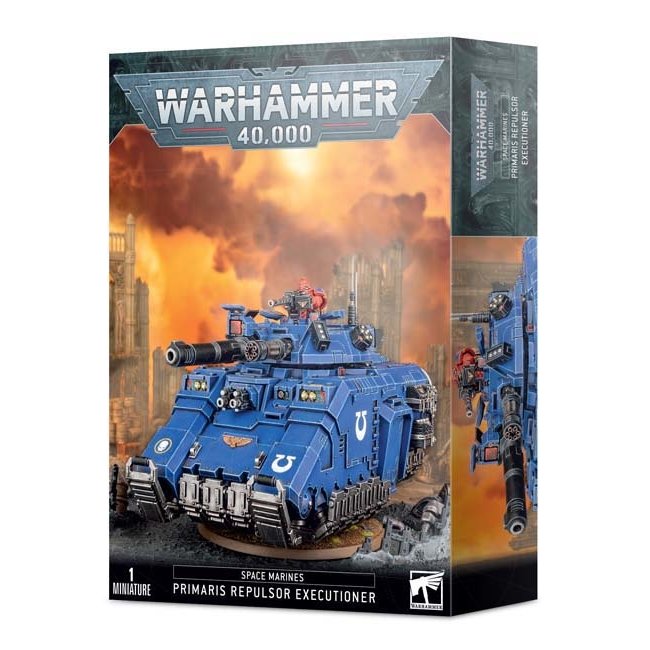 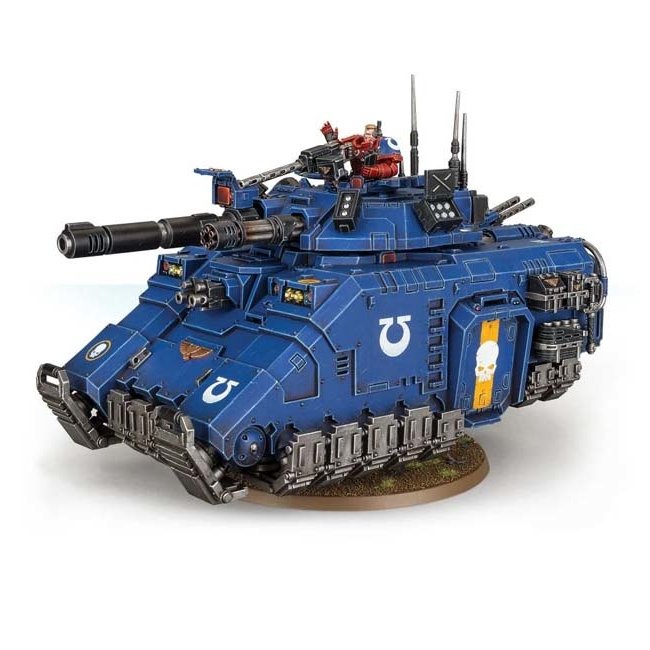 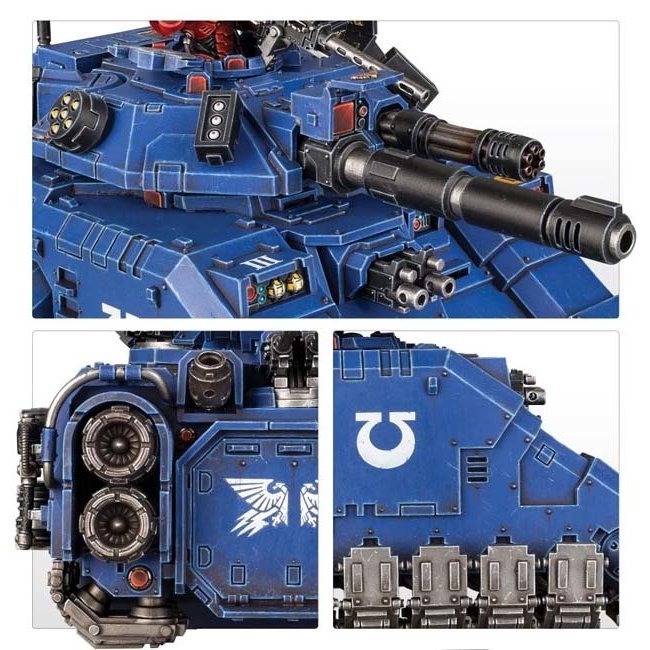 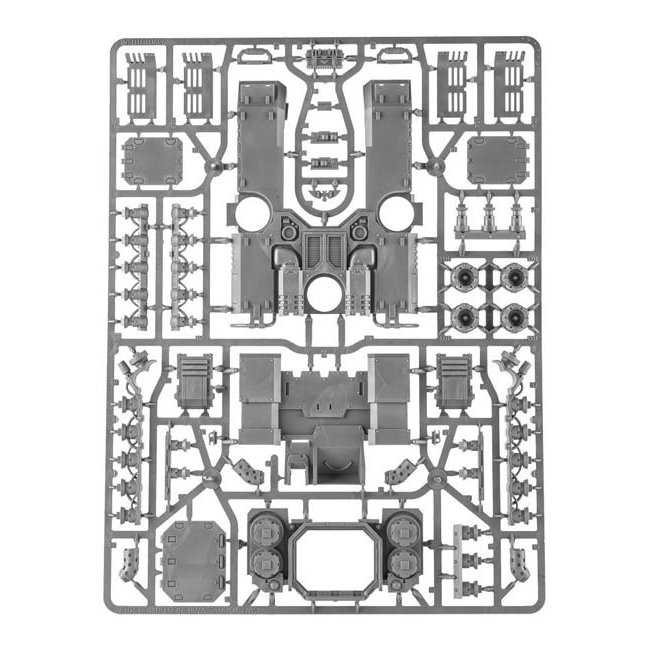 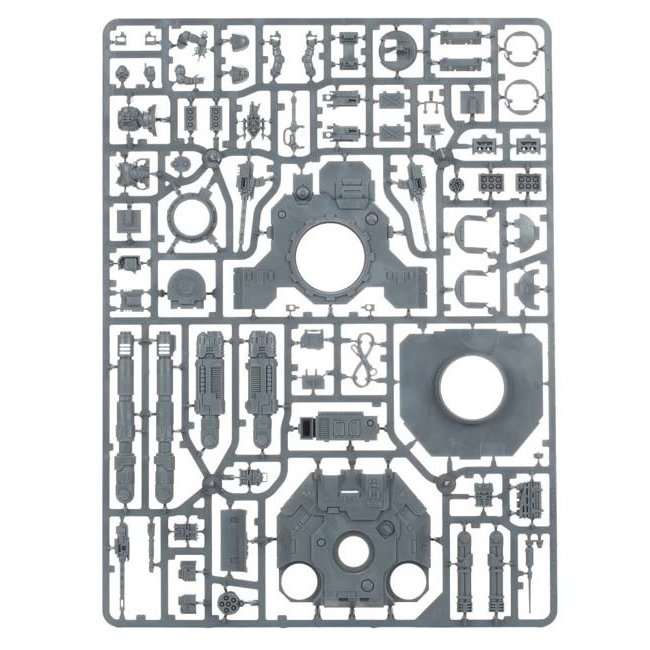 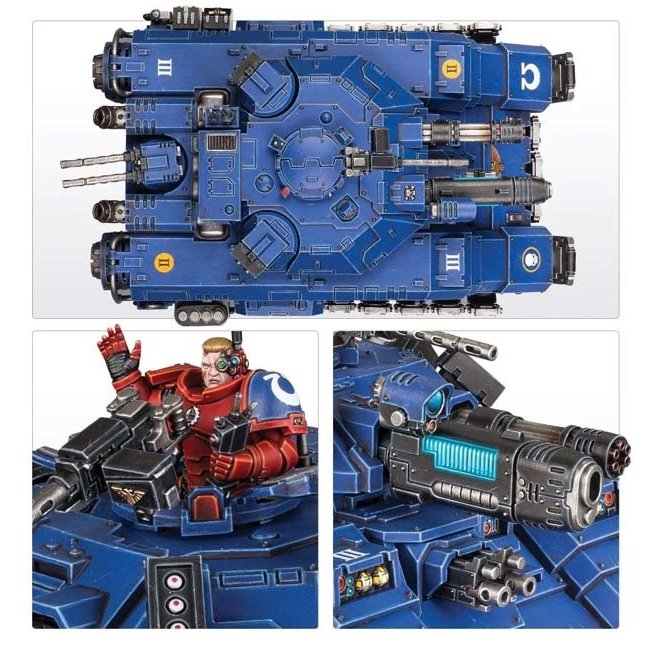 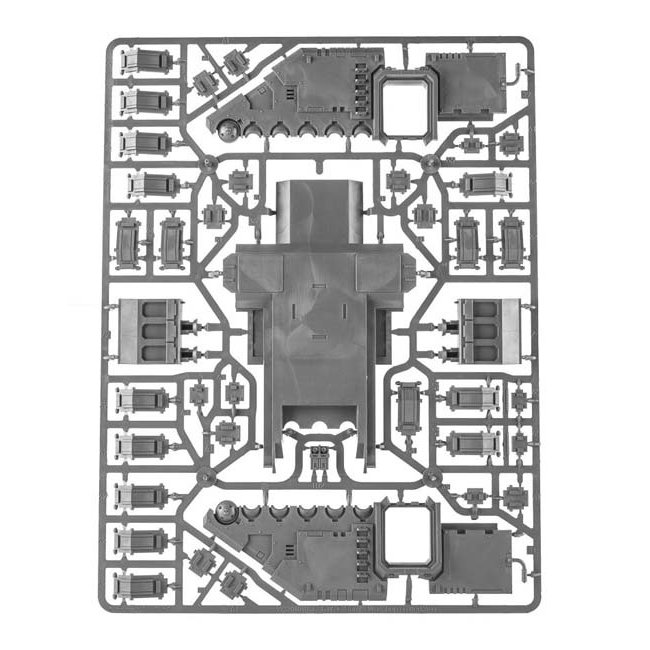 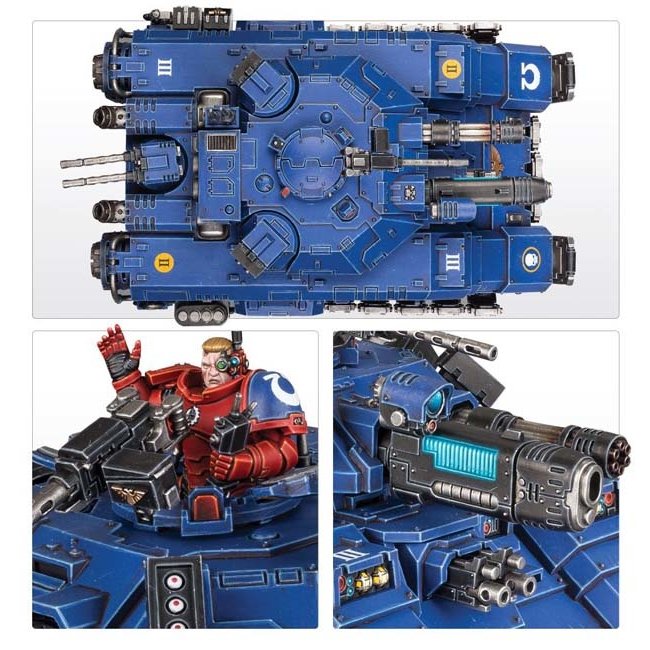 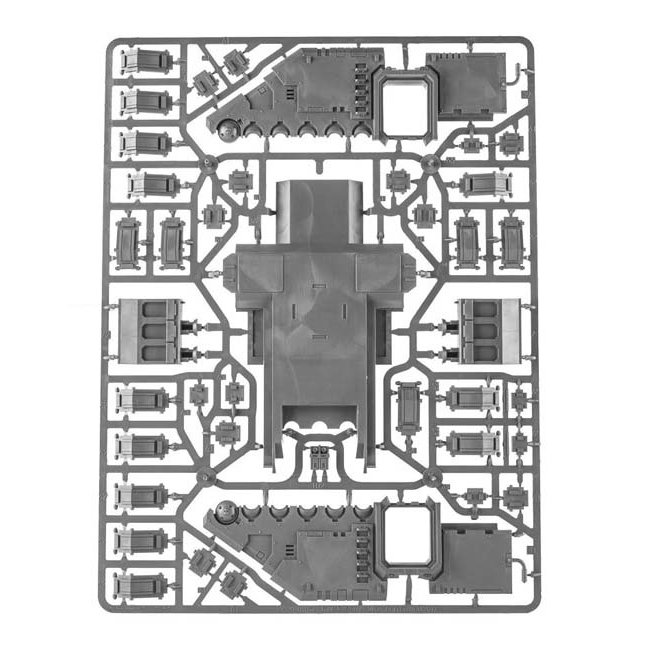 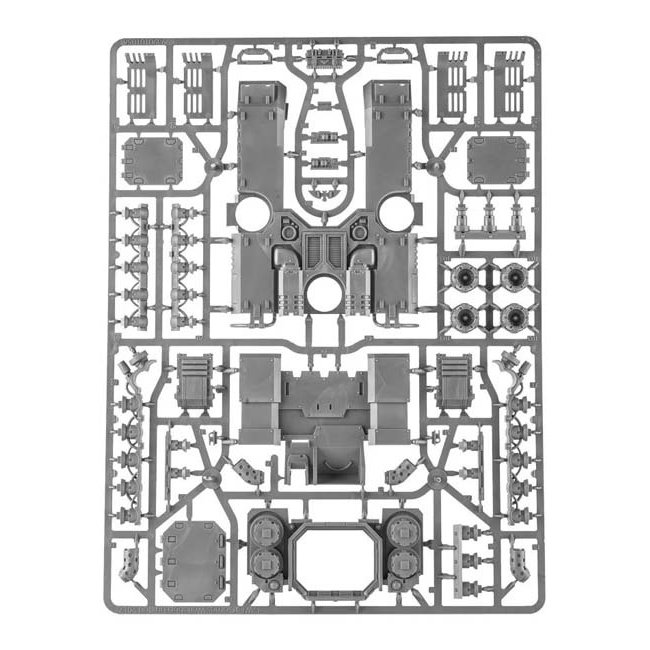 A well-armored, front-line battle tank for the Space Marines armed with a devastating, turret-mounted primary weapon

Though some Chapters use Repulsor Executioners as armored escorts for their dedicated troop-carrying tanks, many favor them as transports for Hellblasters and other specialist Primaris squads. In this capacity, the tanks thrum across the battlefield with guns blazing. Whether armed with macro plasma incinerators or heavy laser destroyers, the Executioners unleash fusillade after punishing fusillade, their primary armaments combining with a wealth of secondary weapons to blast the enemy into ruin.

The Repulsor Executioner is the most heavily armed battle tank available to the Adeptus Astartes, with a choice of murderously powerful, primary turret-mounted weapon – a macro plasma incinerator or heavy laser destructor – supported by a coaxial heavy onslaught gatling cannon. Add to that two krakstorm grenade launchers, two storm bolters, a twin Icarus ironhail heavy stubber, an ironhail heavy stubber as well as a hull-mounted twin heavy bolter and your Repulsor Executioner certainly won’t be lacking for firepower! You can supplement this offensive capability with a set of defensive auto launchers and even an Icarus rocket pod for further aerial protection.

This multipart plastic kit is comprised of 150-components. It can be assembled with or without a gunner, who can be built scanning with an auspex or with his hands on the trigger of the pintle-mounted ironhail heavy stubber. There are also eight separate pieces of optional stowage and two antennae that can be used to decorate the vehicle as desired. The kit is supplied with a Citadel 100mm Round Base and clear hover stand, which can be set at an angle, adding a certain degree of camber to your model.

Warhammer 40,000 rules for this vehicle can all be found in its assembly guide (included in the set).

These miniatures are supplied unpainted and require assembly.