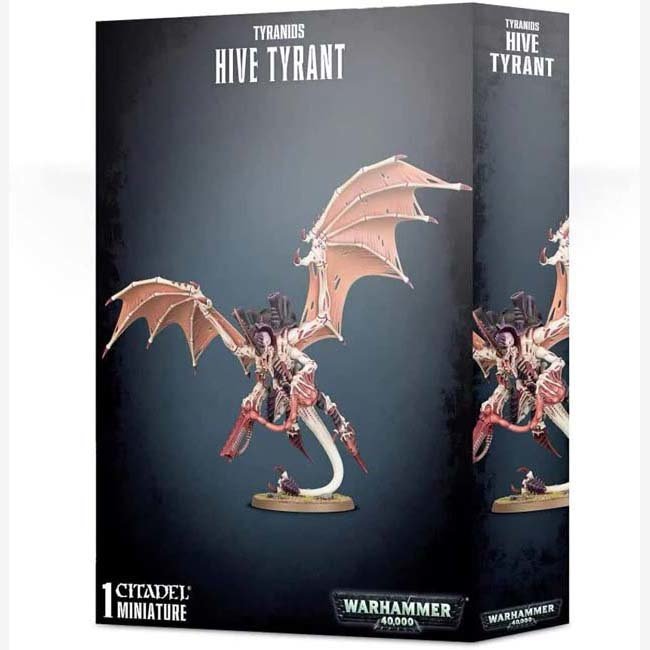 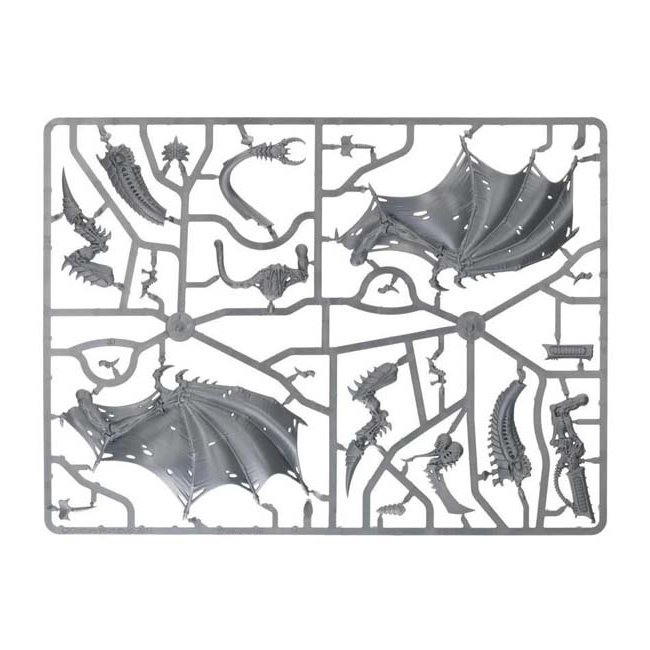 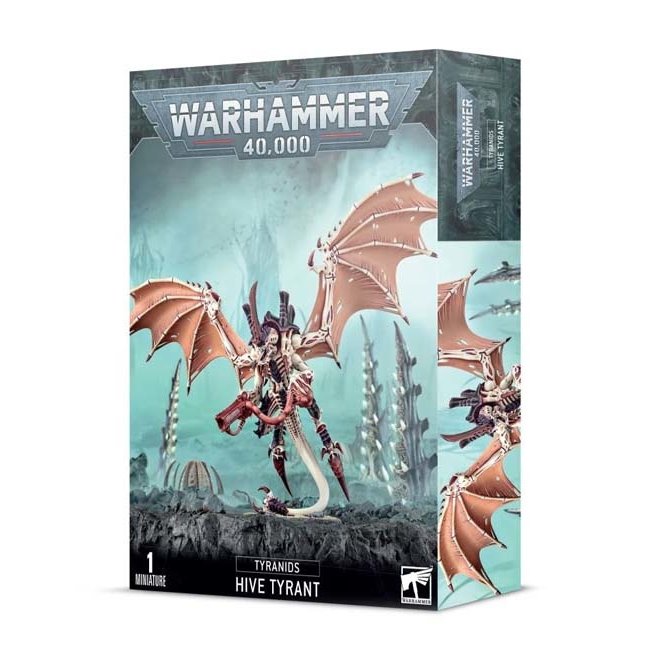 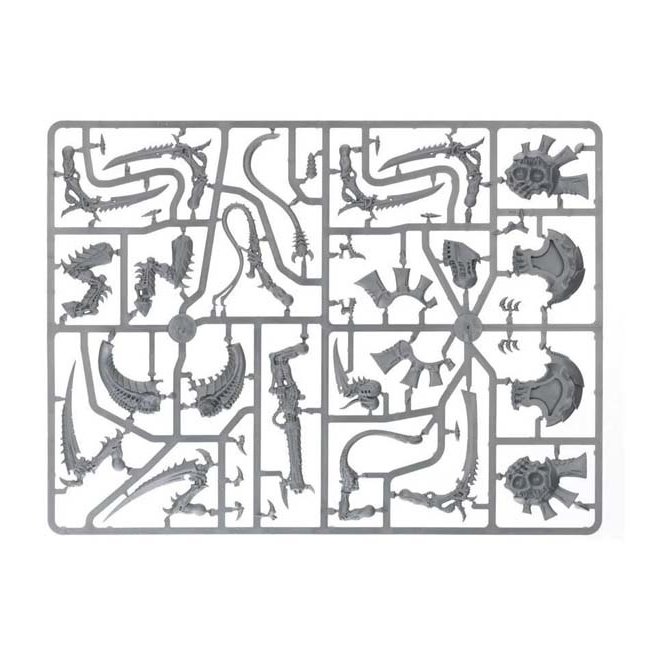 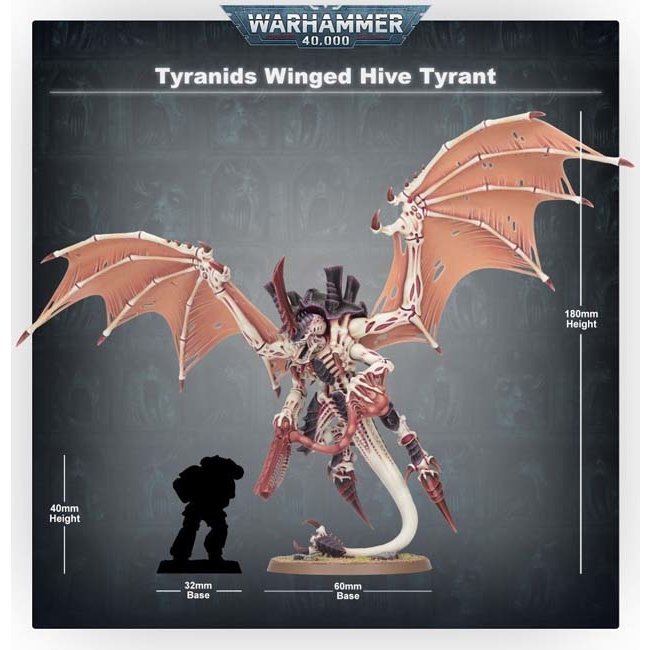 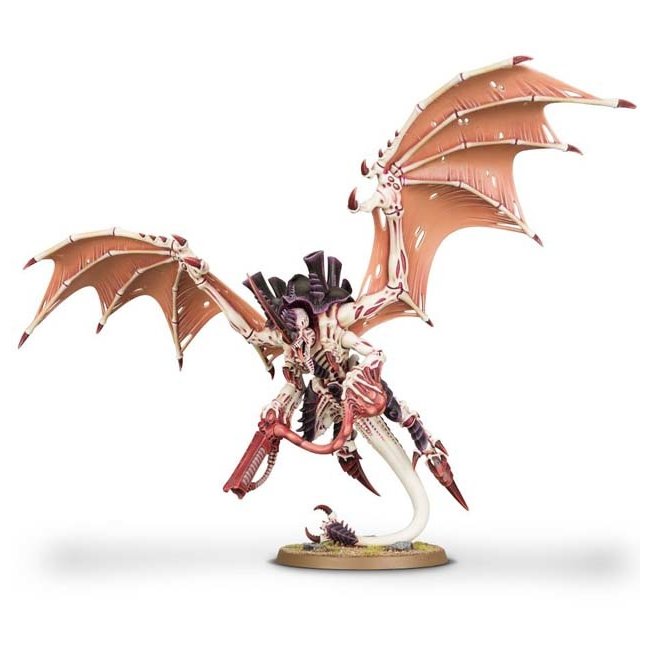 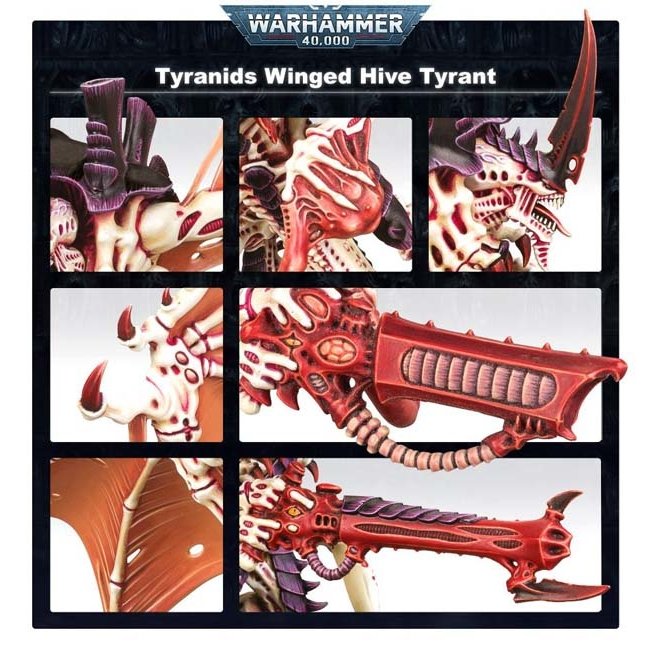 51-08 Games Workshop Warhammer 40K Tyranid Winged Hive Tyrant / The Swarmlord
A highly mobile HQ choice for Tyranid armies
Swoop across the battlefield, bringing deadly bio-weapons to bear
Can alternatively be built as a Hive Tyrant or the Swarmlord Read more..

GWS-51-08 Games Workshop Warhammer 40K Tyranid Hive Tyrant / The Swarmlord
A highly mobile HQ choice for Tyranid armies
Swoop across the battlefield, bringing deadly bio-weapons to bear
Can alternatively be built as a Hive Tyrant or the Swarmlord

Hive Tyrants enact the Hive Mind's will on the battlefield, as the massive commanders of the Tyranid swarm. Winged Hive Tyrants are spawned to control airborne swarms and provide a mobile synaptic nexus. Wielding an array of nightmarish organic weapons, their monstrous forms singing with the synaptic might of the Hive Mind, these dread swarmleaders spread terror and death wherever the dark shadow of their wings falls.

This multipart plastic kit builds one Winged Hive Tyrant, an impressive and incredibly dynamic leader-beast that can be built to take on a variety of battlefield roles. This looming creature is a fitting centrepiece for any Tyranid army – it is posed with fibrous and ragged wings extended wide, leaving only its serpent-like tail touching the ground, as if launching into flight or pouncing on its prey. The kit features a huge variety of weapons options, including two scything talons, a heavy venom cannon, a stranglethorn cannon, and a bonesword and a lash whip – as well as biomorphs like adrenal glands and toxin sacs, plus other components for customising your Winged Hive Tyrant. You can also choose to build this kit as wingless Hive Tyrant, or the insidious Swarmlord.

This set comprises 59 plastic components and is supplied with a Citadel 60mm Round Base.