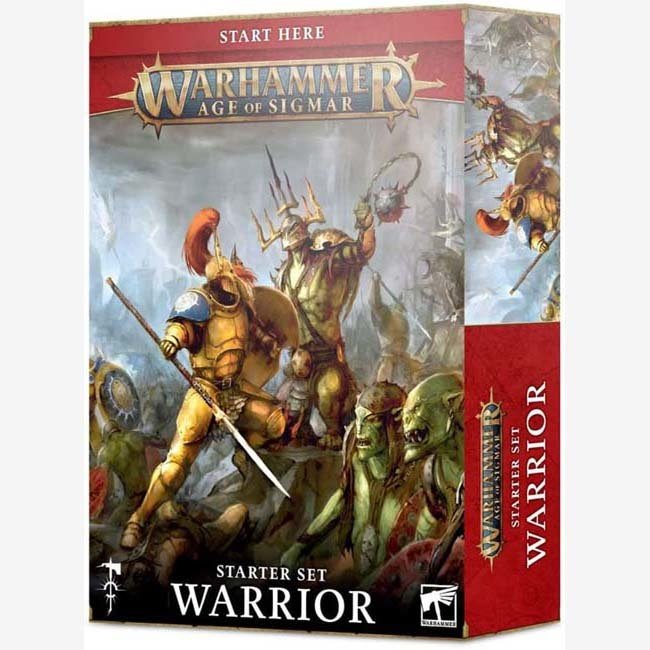 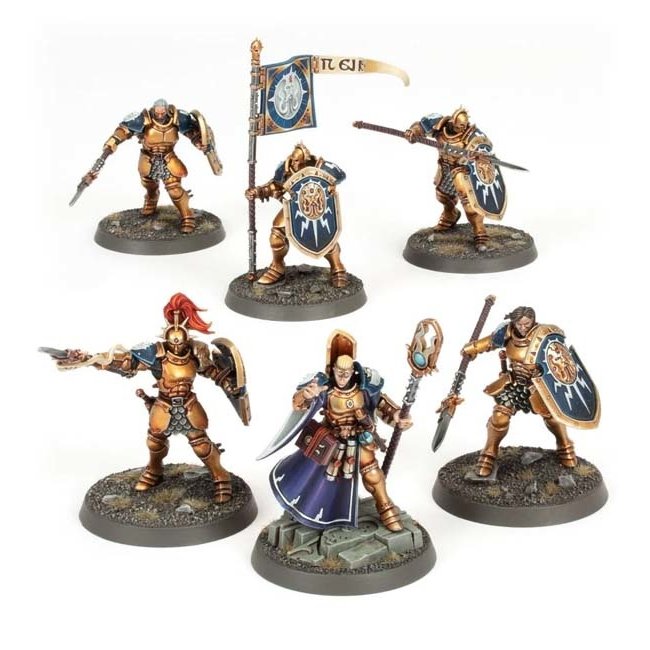 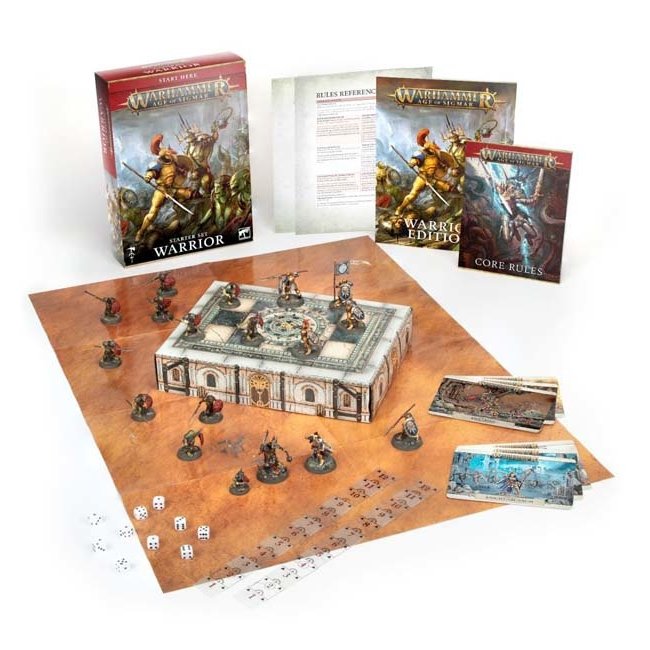 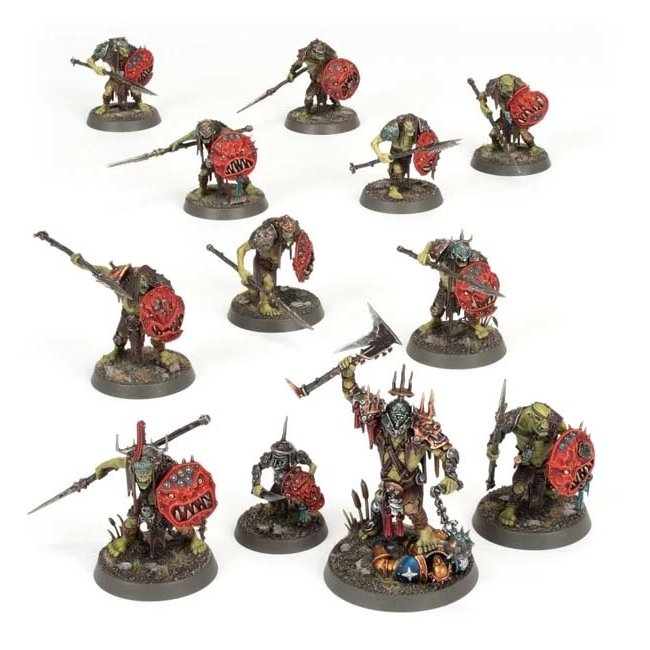 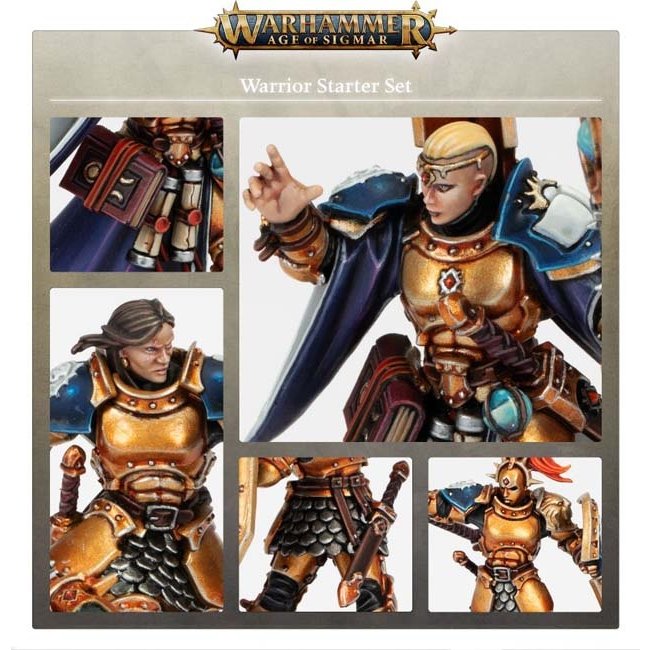 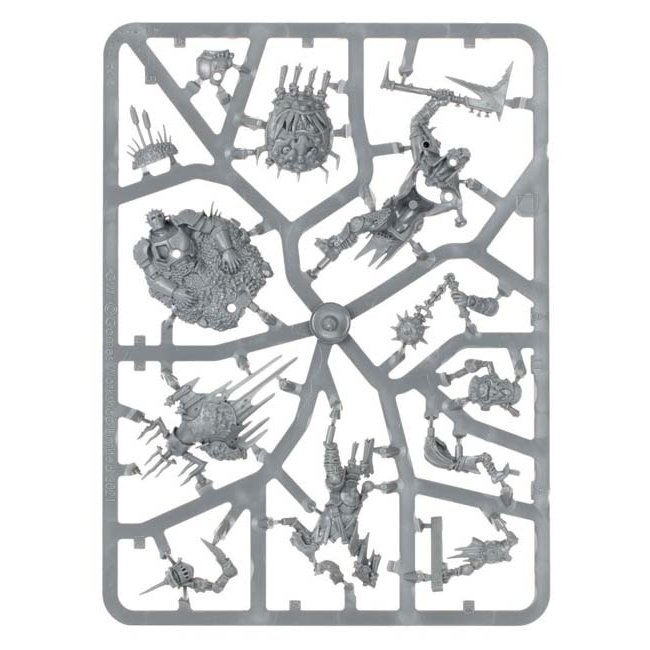 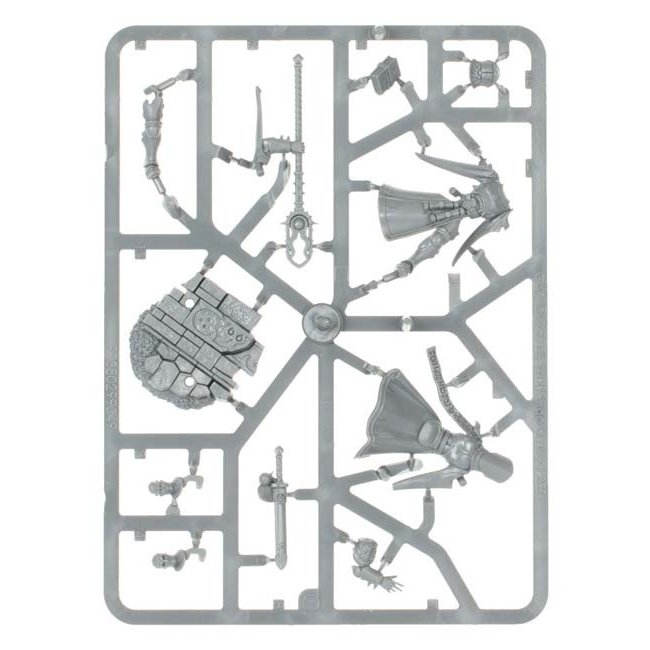 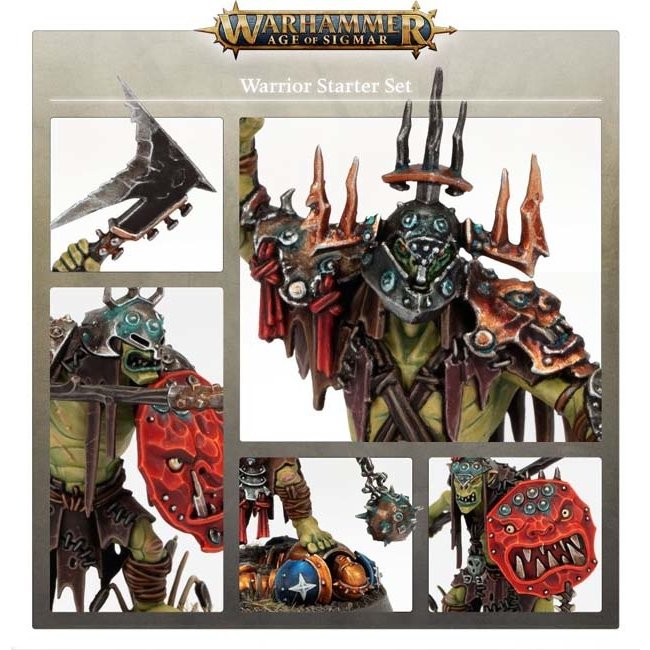 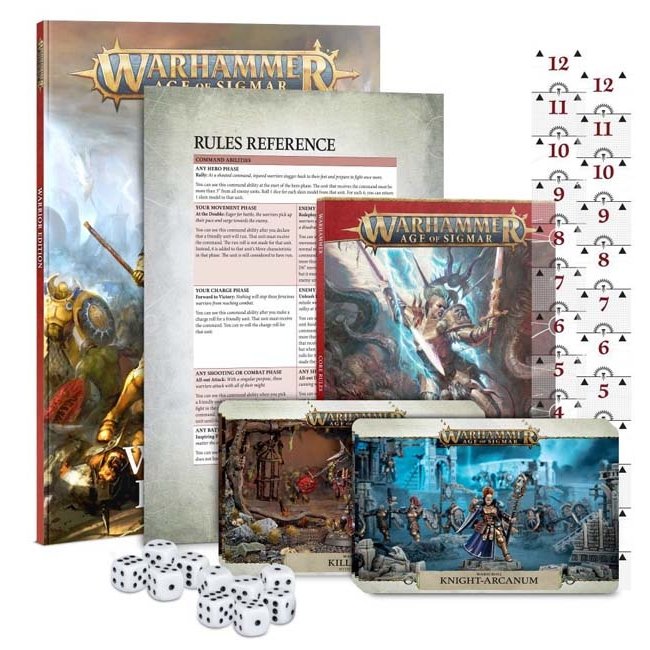 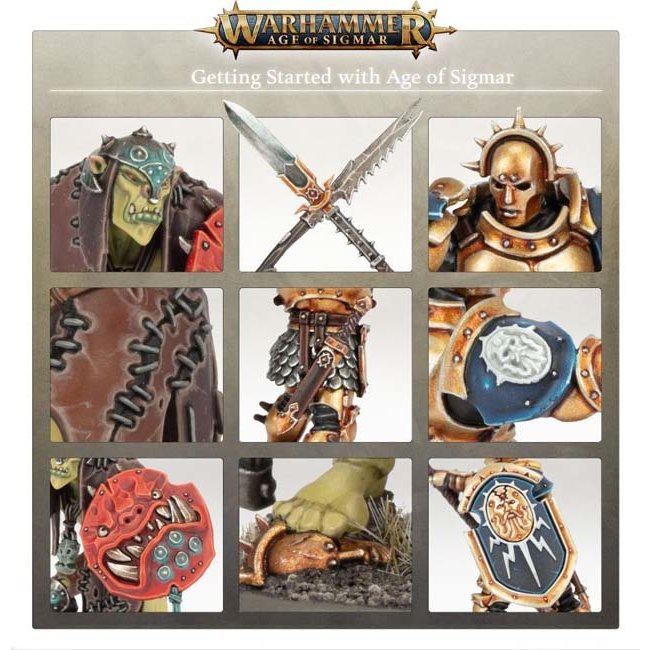 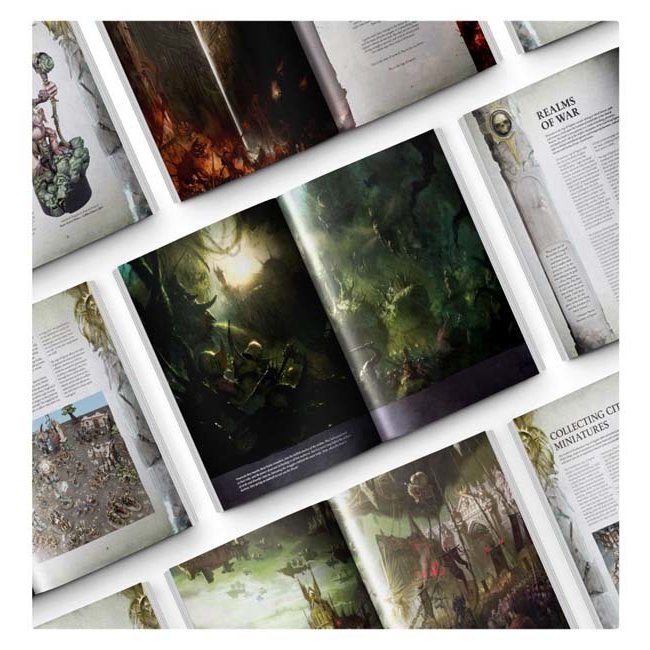 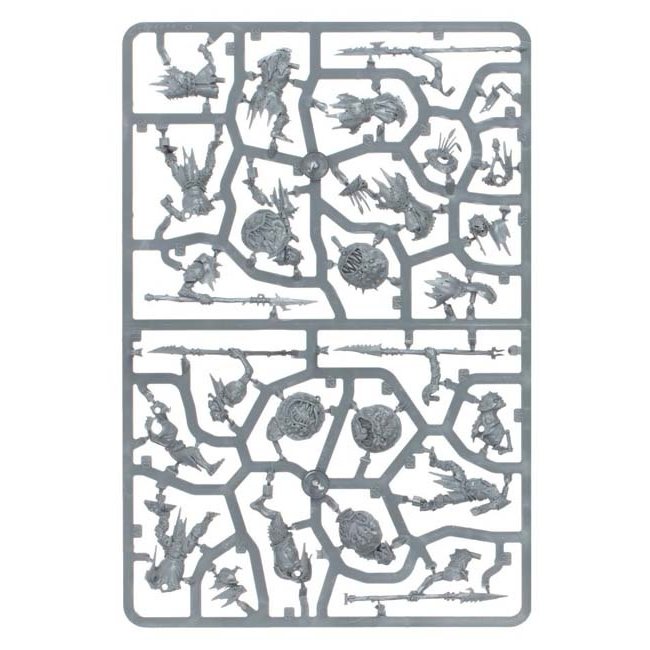 The Soul Wars are over, but a new conflict brews in the Realm of Beasts.

It is a time of great change in the Mortal Realms. A surge of life sweeps across the eight realms to force back the tide of death left in the Necroquake’s wake, and the forces of Order waste no time in laying claim to the newly rejuvenated land. But with Kragnos, the End of Empires, released from his prison and leading a vengeful rampage across Ghur, the Stormcast Eternals must fight their toughest battles yet to safeguard the pioneering Dawnbringer Crusades.

Get into Warhammer Age of Sigmar with Warrior – a starter set designed to help you embark on your journey with the world’s best fantasy wargame. With models, rules, guides to help you begin, and much more, this set takes the hassle out of kicking off your hobby – build your models, learn to play, and have hours of fun with a friend or family member.

1x 80-page Warrior Edition Book (softback): Discover the lore of Warhammer Age of Sigmar, as well as the background of the factions and units in the book. The book also contains several introductory tutorial battleplans that utilise the miniatures in the set, designed to teach you the basics of the game in manageable chunks.

1x 56-page Core Rules Book (softback): Taking all the rules content from the Warhammer Age of Sigmar Core Book (available separately), this book is ideal for when you're ready to expand your army and battle other players.

18x Plastic push-fit Citadel miniatures: At the heart of the Warrior set are two armies of brand new miniatures, each cleverly designed so they can be pushed together without the need for glue. Each force includes two powerful units armed with devastating weaponry and wargear, and they can easily be bolstered with additional reinforcements to act as the elite core of a larger army. These models include:

6x Stormcast Eternals
The chosen champions of Sigmar, plucked from their mortal bodies at the moment of their death and reforged as shining heroes clad in thick golden armour. Each Stormcast Eternal is a nigh-immortal warrior capable of fighting hordes of the fiercest monsters and emerging victorious.

- 1x Knight-Arcanum: Members of the mysterious Valedictor temple, Knights-Arcanum are unknowable but potent mages charged with protecting recovered ancient lore. The model comes supplied with a Citadel 40mm Round Base.

- 5x Vindictors: Dauntless warriors of the Redeemer conclaves, the Vindictors are the shieldwall upon which the forces of ruin shatter. These models come supplied with 5x Citadel 40mm Round Bases.

12x Kruleboyz
Emboldened by the arrival of Kragnos and eager to spread beyond the borders of their ancestral swamps, the Kruleboyz are a vicious, cunning breed of orruk who enjoy nothing more than laying their enemies low with the sneakiest, most underhand tactics they can devise.

- 1x Killaboss with 1x Stab-grot: Killabosses are the warlords of the Kruleboyz. Each has wrested their position from rivals by being not only a potent warrior but also possessed of true Morkish kunnin’. The model comes supplied with a Citadel 40mm Round Base and a Citadel 25mm Round Slotta Base.
- 10x Gutrippaz: Gutrippaz form the slimy heart of the Kruleboyz. These mobs of spear-wielding greenskins are known for their vicious kunnin’ and the spiteful amusement they find in laying low the enemy with their wicked, poisoned weapons. These models come supplied with 10x Citadel 32mm Round Bases.

4x Warscroll Cards and 2x Allegiance Ability Cards: Quickly look up the stats and abilities of your Citadel miniatures with these reference cards. You’ll never need to go digging through a book right in the middle of an exciting game again.

- A 30" by 22.4" double-sided gaming mat: Transform any kitchen table into a war-torn landscape of Ghur, the Realm of Beasts. One side depicts the swampland home of the Kruleboyz in Thondia, while the other represents a dusty wilderness of the Ghurish plains.

These miniatures are supplied unpainted and require assembly.
12+. WARNING. Not suitable for children under 36 months. Small parts. Essential pointed components.